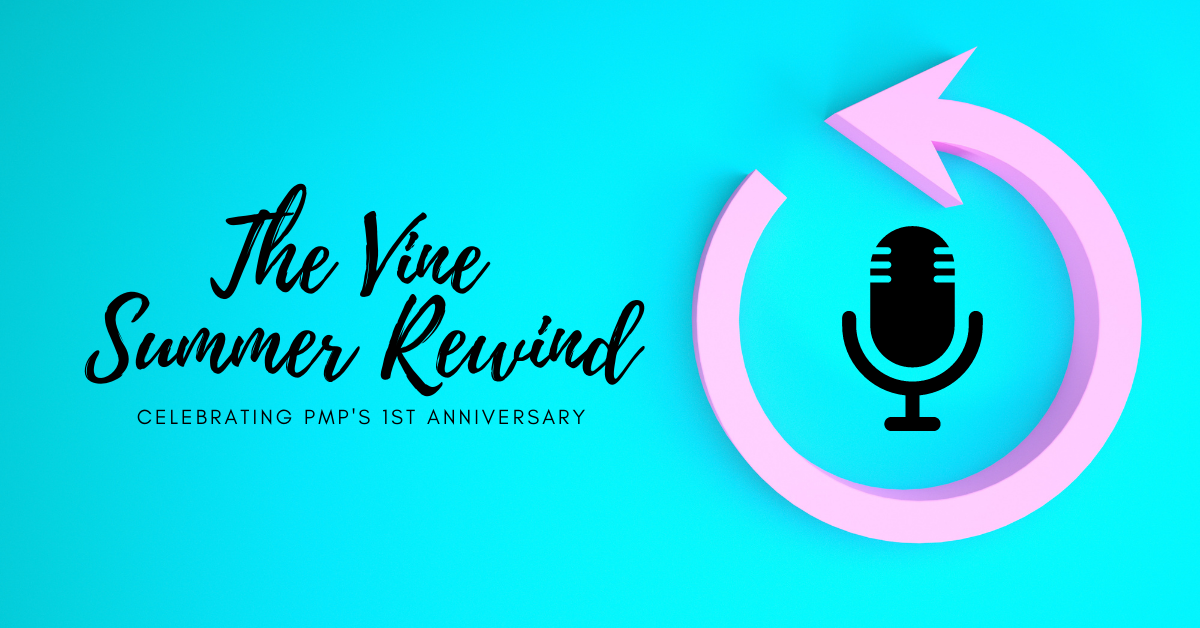 The Vine Summer Rewind is a celebration of crushing the stigma around cannabis + psychedelics. In honor of PMP’s first anniversary, we’re rewinding this June + highlighting our most popular episodes including Montel Williams, Tommy Chong, Zappy Zapolin, and Charley Wininger.

Montel Williams on The Vine (Episode #29)

For 17 years we welcomed Montel Williams into our homes as he hosted one of America’s favorite daytime talk shows.  At the height of his TV career, in 1999, he experienced his first symptoms of Multiple Sclerosis, and when pharmaceuticals proved ineffective for pain management, his doctor recommended he try cannabis. He graduated from the US Naval Academy and served in the Marine Corps. He has entertained millions, served his country and his story is not to be missed. Listen above for when Montel visited The Vine, and click HERE to listen to PMP Co-Founders interviewed by Montel for his podcast, Let's Be Blunt.

Tommy Chong on The Vine (Episode #20)

Tommy Chong is beloved by the cannabis community and shares funny stories about his life, Hollywood, celebrities, and cannabis with PMP. Tommy will make you smile when he talks about the past and celebrate living a good life in your 80s.

Zappy Zapolin on The Vine (Episode #22)

As the psychedelic concierge to the stars Zappy Zapolin has recently released Lamar Odom Reborn a documentary film that follows former NBA basketball player Lamar Odom down a path to recovery after a very public overdose and near-death experience in 2015. Zappy shares how he is helping people break patterns of addiction, depression, and PTSD through the use of alternative medicines which include Ibogaine, Ketamine, Ayahuasca, San Pedro and Psilocybin.

Charley Wininger on The Vine (Episode #15)

Charley Wininger dubbed “The Love Doctor” by The New York Times and  the author of Listening to Ecstasy: the Transformative Power of MDMA talks to PMP about the use of MDMA (also referred to as ecstasy or molly) for treating PTSD, social anxiety and other ailments. He also shares his personal experiences with MDMA and how it will be integrated into mainstream medicine once legalized in 2023.